Pakistani startups are making waves around the world 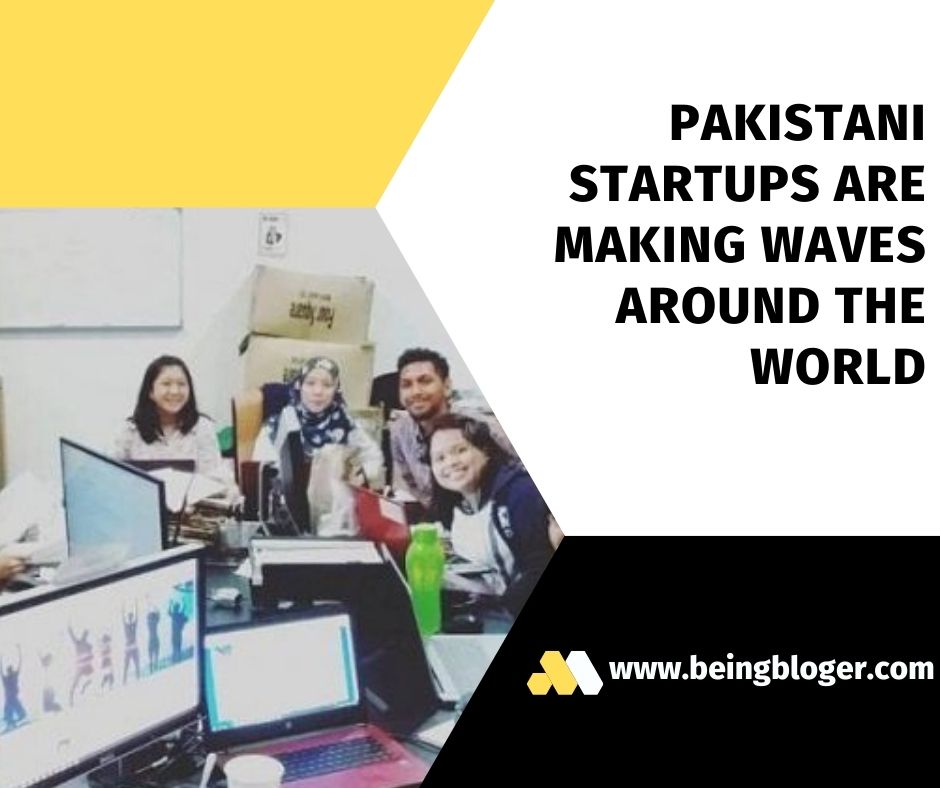 KARACHI: Pakistani startups have begun to make an impact on the global stage by drawing more international funding and media attention.

The e-commerce industry has increased in prominence in the country since the Covid-19 outbreak, and firms specialising in this sector are utilising digitisation to bring suppliers and customers closer together.

Many companies have sprung up across various industries in the current era of fast digitalization.

Although the market has become more competitive, many have managed to deliberately position themselves at the top. They have not only achieved amazing sales and revenues, but they have also established themselves abroad.

The first Forbes Asia 100 to Watch list, which spotlights prominent Asia-Pacific small firms and startups on the rise, is worth mentioning here.

These innovative firms are expanding at a time when the Covid-19 pandemic is wreaking havoc on economies around the world. Their inclusion on the list is based in part on their efforts to address challenges like as enhancing mobility in congested areas and extending low-cost connections, among other things.

The most prevalent categories in these businesses are biotechnology, healthcare, e-commerce, and retail.

According to Ignite, Pakistani entrepreneurs received $77 million in funding in 2020, but in the first eight months of 2021, the investment in Pakistani startups surpassed $228 million.

With a few more months to go, the growth was nearly three times that of 2020.

If the current trend continues in the next years, annual investment in Pakistani startups might reach billions of dollars by 2025.

Pakistani organisations Sastaticket.pk, an online travel search and booking service, and Safepay, a digital payment solution for Pakistani businesses, have both made the list. One of the most notable successes of Pakistan’s startup environment is this.

In an interview with The Express Tribune, Shazil Mehkri, CEO of Sastaticket.pk, said, “This feature launched us into the limelight.”

“People see us as more than just a young Pakistani firm; they see us as a global commercial possibility. Sastaticket.pk plans to expand to other locations in the future, and this will help them do so,” he said.

Safepay CEO Raza Naqvi has also acknowledged his team’s joy at being recognised on a global scale.

“It demonstrates that Sastaticket.pk is on the rise and has a bright future ahead of it,” Mehkri continued. We were chosen from a group of 899 applicants. By placing among the top 100, we have outperformed 800 other South Asian applicants. We have been able to represent Pakistan on a global scale.”

“It is worrying for Pakistan that our neighbour has 22 listed enterprises while we only have two. On the plus side, our efforts are assisting in the development of Pakistan.”

The CEO explained how it all began when they decided to collaborate with an internet travel startup rather than continuing on their own with the family business because they saw an opportunity and thought the time was ideal.

In response to the idea of e-commerce nearing saturation, Mehkri stated that he did not feel Pakistan’s tourism sector had reached saturation by any stretch of the imagination.

Read more: In 2021, Pakistani Startups will have received more than $200 million in funding.

“I believe we are still in the early phases, and significant investment will continue in the area in the coming years. “At Sastaticket.pk, our goal is to build Pakistan’s most reliable platform, allowing every Pakistani to travel, experience, and connect,” he stated.

“After offering new services like travel insurance, airport transfers, hotels, and buses, we still have a long way to go.”

According to the CEO, Pakistan still has a lot of potential that may be fully realised.

“To grow our talent pool in the future, the government must invest heavily in scientific and engineering education, while economic policies must favour the IT industry and the digital economy.”