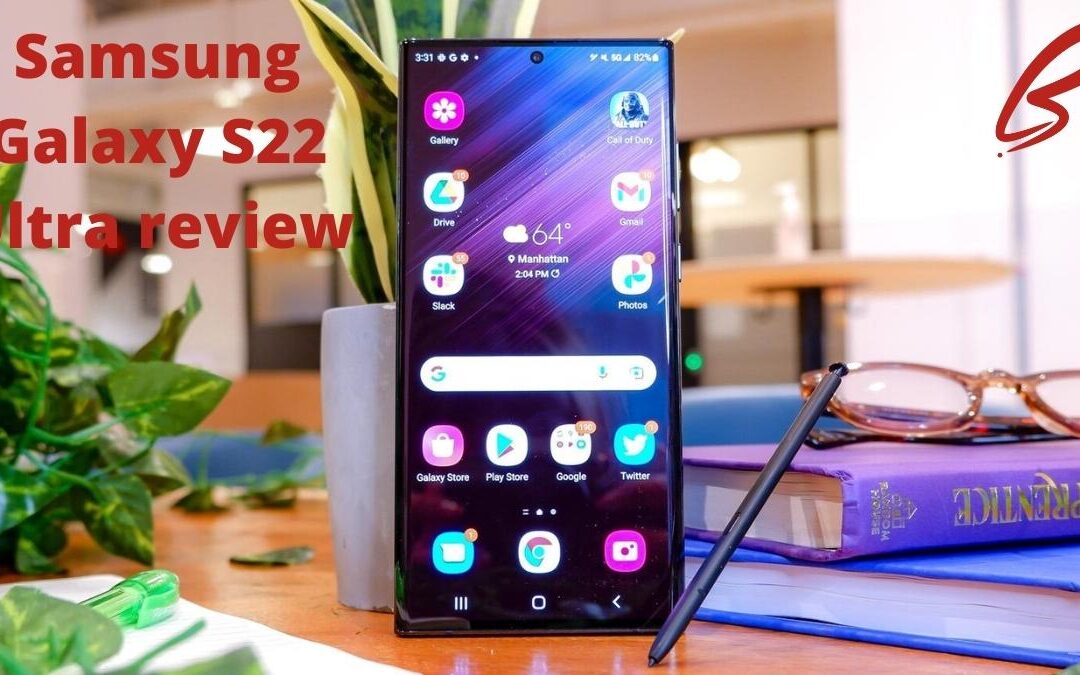 The Samsung Galaxy S22 Ultra features an integrated S Pen, a brighter display, and numerous camera enhancements in a compact design.
The Samsung Galaxy S22 Ultra is an upgraded Galaxy Note with a speedier S-Pen, many camera upgrades, a brighter display, and faster charging. Overall, this is an excellent phone, although it is somewhat pricy, and the battery life may be improved.

According to my tests, the Galaxy S22 Ultra is the best Android phone money can buy, if not the finest phone overall.
The best phone display: The AMOLED display of the Samsung Galaxy S22 Ultra is not only brighter than the competition, making it excellent for outdoor viewing, but it also has higher colour saturation.

The S Pen is superior:

Writing and drawing on the Galaxy S22 Ultra feels as fluid as pen & paper thanks to a 70% reduction in latency. There’s also a holster built in.

Thanks to a larger primary sensor, the Galaxy S22 Ultra takes brighter pictures than the S21 Ultra, and the Night Mode works even better in some situations than the iPhone 13 Pro Max.

Samsung promises five years of update support and four years of major OS updates for this flagship, so it should last a long time.

Battery life should be improved:

In our web browsing battery test, we saw a bit more than 10 hours of endurance. That’s good, but it falls short of the iPhone 13 Pro Max’s over 12 hours.

The Galaxy S22 Ultra is protected by an armoured aluminium frame and a Gorilla Glass Victus+ back, but it’s lighter than the iPhone 13 Pro Max without the obnoxious notch. However, some people may not like the curved display.

45W charging is rapid (although not very fast):

the phone reached 67 percent in 30 minutes, which is not significantly faster than 25W charging (58 percent ).