Taliban Reemergence and an end to the war in Afghanistan 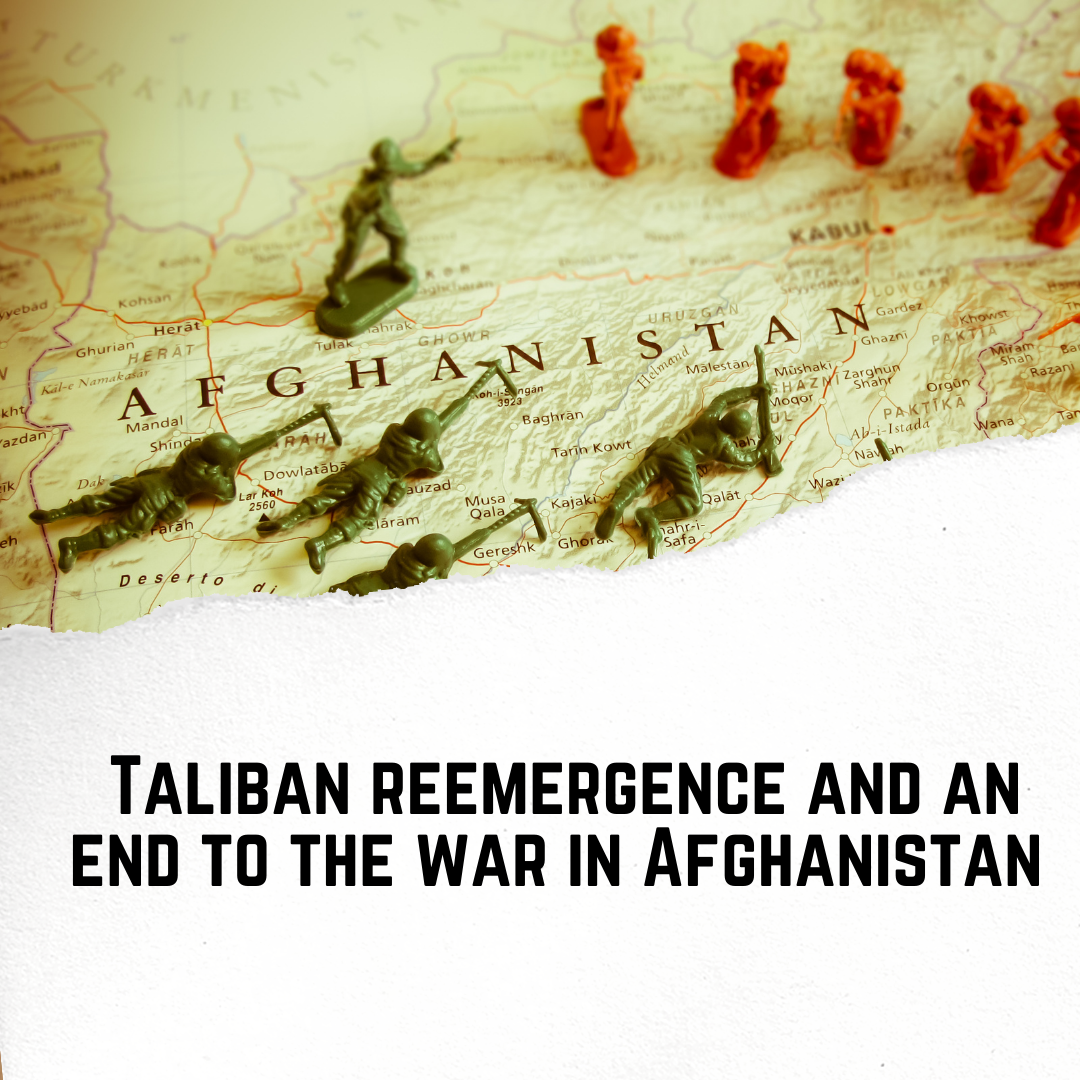 The Inception of the War in Afghanistan

On April 14 2021. Joe Biden, the President of the United States, announced the removal of U.S. military troops after 20 grueling years. The Afghanistan conflict has been brewing for almost 40 years, but it gained momentum when the Taliban government refused to hand over Osama Bin Laden to the U.S. militants. Osama Bin Laden was allegedly the founder of Al-Qaeda; (an Islamic militant organization) and the person responsible for 9/11. Nevertheless, Afghans have survived through foreign invasions, civil war, insurgency and a former period of oppressive Taliban rule.

1979: The Soviet military invaded Afghanistan after the upheaval in 1979 caused by the afghan coup

1980: Babrak Karmal becomes Soviet-backed ruler in Afghanistan. Mujahidin’s were groups of guerrilla fighters or holy warriors from opposition and jihad against Soviet forces. Some 1 million Afghan civilians and around 15,000 Soviet soldiers were left dead due to the ensuing war. Millions of Afghans flee to neighbouring Pakistan as refugees. On the other hand, The U.S., which had previously been assisting Afghan mujahideen groups, and Saudi Arabia stealthily funnel arms to the mujahideen via Pakistan through the 1980s.

1987: Babrak Karmal was replaced by Mohammad Najibullah, who became a soviet backed president.

Civil War and The Taliban Rule

1992: Najibullah’s pro-communist government comes to an end, and he is barred from exiting Afghanistan. For the next four years, he takes refuge at the Kabul United Nations compound. Mujahideen leaders turn against each other while refugees continue to flee Afghanistan in huge numbers.

1994: The Taliban take over the southern Afghan city of Kandahar, aiming to restore order and bring improved security. However, they were quick to enforce their harsh interpretation of Islam on the territory that came under their control.

May 1996: Osama bin Laden, the leader of Al-Qaeda, arrives in Afghanistan after facing expulsion from Sudan and eventually integrates himself with the Taliban supreme leader, Mullah Mohammad Omar. Bin Laden had previously assisted Afghan mujahideen forces during the Soviet war years.

Sep 1996: The Taliban forces take over Kabul and capture Najibullah, the former President, from the U.N. compound. They kill him, and his body is hanged from a lampost.

1997-1998: By now, the Taliban are gaining control over most of the country. They impose their rule, forbidding females from working, banning girls from attaining education and exercising punishments including beatings, amputations and public executions.  During August 1998, The United States launched a cruise missile strike on Khost, Afghanistan, to respond to al-Qaeda attacks on U.S. embassies in Kenya and Tanzania.

1999: The United Nations Security Council levy terrorist sanctions on the Taliban and al-Qaeda.

2001: Ahmad Shah Massoud, an anti-Taliban northern alliance leader, is assassinated on September 9 by al-Qaeda operatives acting as T.V. journalists. Al-Qaeda’s carries out an attack on New York City and Washington on September 11, after which the U.S. commands that the Taliban hand over bin Laden but they refuse.

The U.S. led invasion and the Taliban Reemergence

2001: The United States launched an operation “Enduring Freedom”, which targeted the Taliban and al-Qaeda with military strikes. The Northern Alliance, which the U.S. backed, enters Kabul. As a result, the Taliban flee south, and their regime is overthrown. The afghan groups sign the Bonn Agreement, and the NATO-led International Security Assistance Force is established under U.N.

2009:  U.S. troops in Afghanistan were heavily increased by Barack Obama, who was the President of the United States at the time.

2012: NATO declares that it will withdraw foreign combat troops and hand over the security operations authority to  Afghan forces by the end of 2014 to end the war in Afghanistan.

2013: The security operations are handed over to the Afghan army.

2017: Conflict continues between government forces and the Taliban.

2020: Ghani becomes the President and Abdullah as head of the government’s peace negotiating committee in early 2020 after another disputed election. Moreover, Violence increases in Kabul and ISIS claims responsibility for few attacks, while others are never claimed. Finally, the U.S. and the Taliban form an understanding, and a peace agreement is signed in Doha, Qatar, on February 29. Both parties agree on terms, including the U.S. withdrawal of troops and the Taliban to stop attacks on Americans.

Future of the people of Afghanistan after Taliban Recapture

On April 14 2021, President Biden announced that United States military troops exit from Afghanistan and the American-led war in Afghanistan coming to an end after a gruesome 20 years. The time following that statement has been filled with panic, turmoil and uncertainty.

The Taliban have acquired control over most of the cities and provinces. President Ashraf Ghani fled Afghanistan, and the government collapsed, which led to the Taliban seizing control over the Capital. The war in Afghanistan has ended as per the facts; it has given birth to a new kind of uncertainty and chaos. Many Afghans have died in an attempt to leave the country.

As for the future of the people in Afghanistan, Taliban spokesman Zabihullah Mujahid at a press conference held on August 17 2021, stated that the Taliban promised to form an inclusive government, security for aid agencies, embassies and women’s rights to work and go to school — within his group’s interpretation of sharia law shall be provided without any resistance. The Taliban laud what they call a “full independence.” And for many Afghans — especially those who are eager but unable to leave the country — a new era of distressing uncertainty begins.

To follow up on more news regarding the future of Afghanistan under Taliban rule, you can read more about it on https://foreignpolicy.com/2021/09/02/afghanistan-taliban-us-withdrawal-future/